China Re Group formally completed the full-owned acquisition of Chaucer

On April 11, China Re Group (hereinafter referred to as "China Re", "the Company" or "the Group") announced that the Company forged ahead with completion of the delivery of Chaucer Irish Insurance Company and Chaucer Australian Holding Company after the successful acquisition of 100% of Chaucer Holdings of the UK. So far, China Re has formally completed the full-owned acquisition of Chaucer, which has become an inseparable part of China Re and one of the important footholds of its globalization strategy.

Headquartered in London, UK, Chaucer has been a global insurance (reinsurance) company and specialty insurance expert for a century, ranking among the first tier companies in Lloyd's market of the UK. In September 2018, China Re Group and The Hanover Insurance Group, Inc. signed an equity purchase agreement to acquire 100% of the shares of Chaucer (including Chaucer Holdings of the UK, Chaucer Irish Insurance Company and Chaucer Australian Holding Company). The delivery of the main part of Chaucer - Chaucer Holdings of the UK was completed on December 28, 2018 (EST), Chaucer Irish Insurance Company on February 14, 2019 (EST), and Chaucer Australia Holdings Company on April 10, 2019 (EST).

The acquisition of Chaucer is an important achievement of China Re in expanding its global presence and implementing the strategy of "the 13th Five-Year Plan". It opens a new chapter in the globalization of China Re. It is also the largest cross-border major acquisition of China's state-owned insurance enterprises so far, and sets a benchmark for the development of the global presence of the industry. This milestone acquisition is an orderly extension of Lloyd's platform, which helps to enhance the global market position and the ability to serve the Belt and Road initiative. 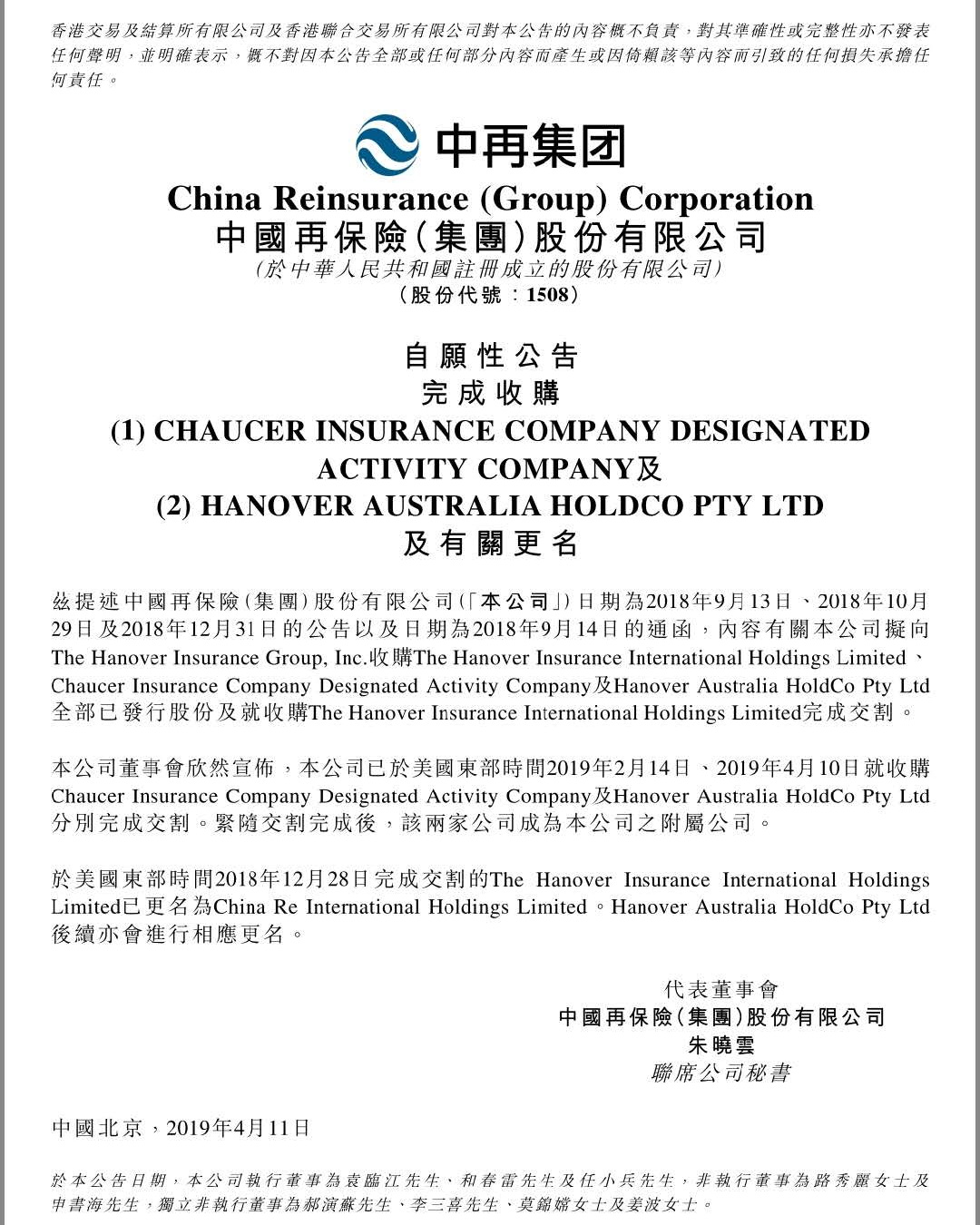