Following the successful acquisition of Chaucer in late 2018, good news came again for China Re Group at the end of this year, as China Reinsurance (Hong Kong) Company Limited (China Re HK) formally obtained the licence from Hong Kong Insurance Authority on 16 December 2019. A business launch and strategic cooperation signing ceremony was held on 19 December 2019. Yuan Linjiang, Chairman of China Re Group, He Chunlei, President of China Re Group, together with the senior leadership of over 20 insurance companies and financial institutions from Hong Kong and Mainland China, attended the ceremony to witness this great moment for the global development of China Re Group and the commencement of business operations of China Re HK. China Re HK is the first wholly-owned reinsurance subsidiary of China Re Group established in Hong Kong in response to the Belt and Road Initiative (BRI) and the development of Guangdong-Hong Kong-Macau Greater Bay Area. Under the wise leadership of higher authorities and the firm guidance from China Re Group's "going global" strategy, China Re HK has become the first insurance institution approved to be incorporated in Hong Kong by domestic insurers, since the establishment of China Banking and Insurance Regulatory Commission (CBIRC). China Re Group resumed the application process for China Re HK at the beginning of this year, completed all domestic and overseas approval procedures and preparatory work in just eight months, and successfully commenced operation at the end of this year. In addition, China Re HK was granted an "A" rating from Standard & Poor's and an "A-" rating from A. M. Best respectively on 16 and 17 December 2019, demonstrating its solid capital base in the market.

Yuan Linjiang, Chairman of China Re Group, expressed his ardent hopes for China Re HK at the business commencement ceremony that, "China Re HK shall make use of the risk coverage, technical cooperation and financial facility functions of reinsurance, provide world-class services with China Re characteristics to Chinese insurers who seek internationalization, and provide insurers in Hong Kong and other countries and regions with China's experiences and China Re's wisdom!" 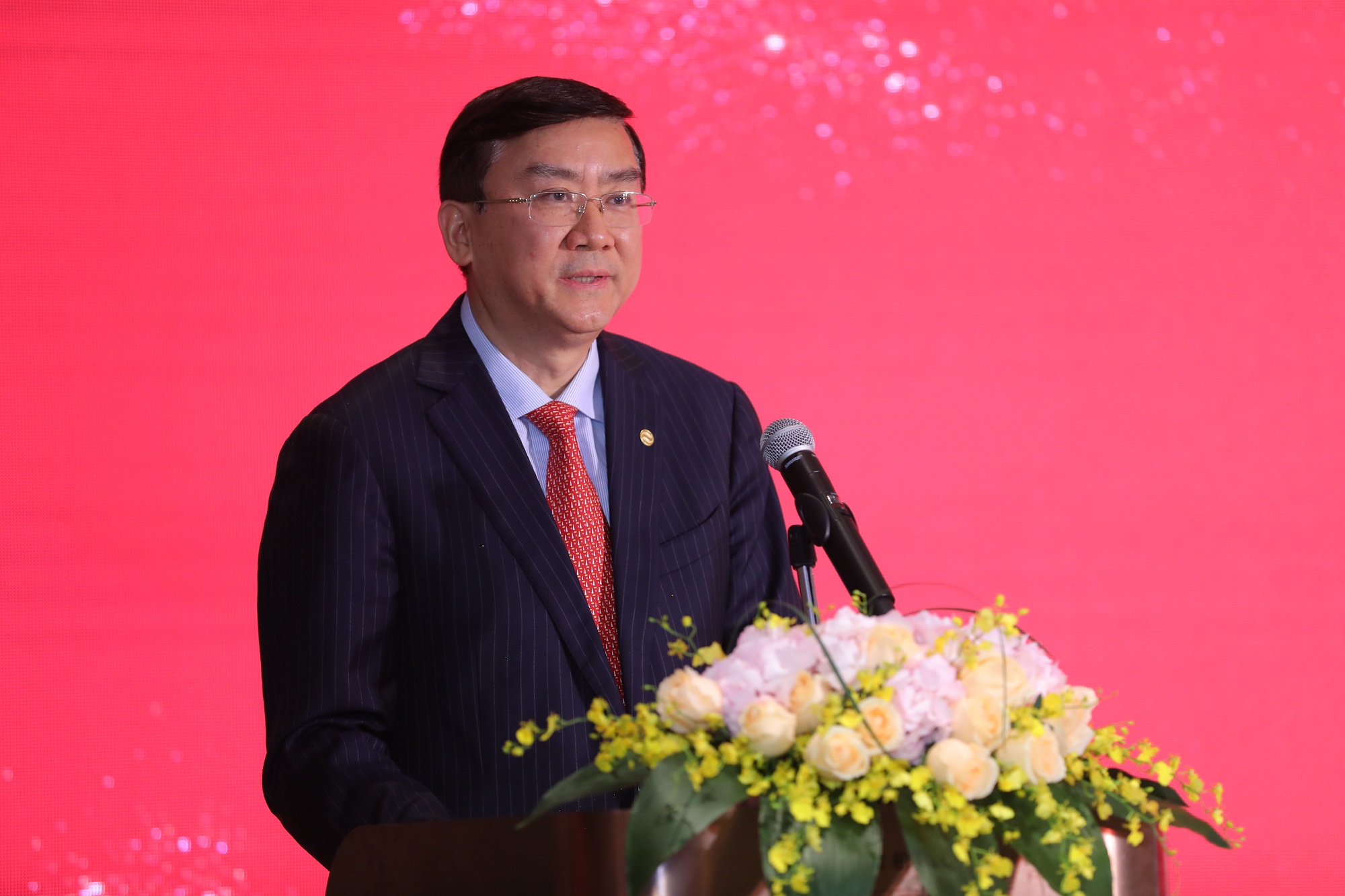 Going global because the world is in front of us. As the only reinsurance group in Mainland China, China Re Group has been unswerving in its "going global" strategy to continuously improve the ability and influence of China's reinsurance industry in providing technical services overseas and becoming a major player in the international reinsurance market.

China Re Group is a pioneer of domestic insurer globalization, and had established a global presence prior to the 12th Five-Year Plan Period. In 2011, it took the lead in entering the Lloyd's market and established China Re Syndicate 2088, setting a precedent of Chinese insurer joining Lloyd's, a global insurance "elite club" with over 300 years of history and a special risk business hub market. In 2013, it held the 23rd meeting of the Federation of Afro-Asian Insurers and Reinsurers (FAIR), which facilitated further communication and cooperation between Chinese insurers and the international insurance industry. In 2015, it was successfully listed on the Hong Kong Stock Exchange, ushering in a new chapter for China Re Group's globalization.

During the 13th Five-Year Plan Period, China Re Group's globalization scaled to new heights. Under the strategic guidance of "One Core, Three Breakthroughs and Five Leaps" ("One Three Five" strategy), its Singapore branch was set up in 2016. The company then wholly-acquired Chaucer Insurance Group in 2018, which is the biggest overseas core business acquisition project of state-owned insurers to date. Up to now, China Re Group has successively established overseas institutions in nine countries and regions including the United Kingdom, Ireland, Denmark, United Arab Emirates, Australia and Singapore, and owns the widest overseas presence among domestic insurers. On 26 August 2019, the establishment of China Re HK was approved by CBIRC. On 16 December 2019, China Re HK obtained the licence granted by the Hong Kong Insurance Authority, opening a new chapter for the global presence of China Re Group. As at the end of the third quarter of 2019, China Re Group's overseas premium income accounted for more than 13% of its gross written premiums, and its overseas investment assets size represented 18% of its total investable assets size. It occupies a leading position in globalization among Chinese insurers, and rose in the global reinsurance ranking to No. 7, all the while maintaining its No.1 position in Asia.

As the world's third largest international finance centre and a key junction for the BRI, Hong Kong is one of the four central cities in the Guangdong-Hong Kong-Macau Greater Bay Area, and serves as a hub in finance, shipping, trade, international aviation and global offshore RMB business. With a highly developed life insurance market, Hong Kong is a strategic location for the global presence of major financial institutions. China Re HK project was launched early in July 2016. Due to market, regulatory and other objective factors, however, the resumption of this application was not approved until the beginning of this year. China Re Group's globalization strategic philosophy remains unchanged and maintains a strong and firm strategic focus. Through effectively coordinating various resources to overcome one difficulty after another, it has finally broken new grounds and started the business operations of China Re HK. This has put together a key piece for China Re Group to implement its "One Three Five" strategy and signals a breakthrough in the "going global" of life reinsurance segment.

Facing the missions of the insurance industry conferred by the new era, China Re Group shares the fate and breath with China and actively follows national strategies. By adhering to the innovation-driven development strategy, China Re Group led the establishment of China Nuclear Insurance Pool (CNIP) and China Agricultural Reinsurance Pool (CARP), developed China's first rescue insurance policy, led multiple basic researches on mortality and critical illness, facilitated the analysis of the BRI Insurance Pool and published China's first self-developed earthquake catastrophe model. As at the end of 2018, China Re Group had established cooperation with 31 overseas insurance institutions under the BRI framework, ready to provide local services for China's overseas interest and business across 135 countries and regions. With its continuous efforts, China Re Group has made its own contribution to China's national strategies such as "Manufacturing Power", "BRI", disaster relief and "Healthy China" initiatives.

Facing the opportunities and challenges for development, He Chunlei, President of China Re Group and Chairman of China Re Life pointed out that, "Hong Kong has international and institutional advantages in financial services. China Re HK shall pay close attention to financial technology innovations and play its roles well in recommending international products and sharing experiences. It shall focus on core business, making practical innovations, diversifying risks and maintaining a solid foundation for Hong Kong and Asian insurance industry through professional technical services, and contributing to the stability and prosperity of Hong Kong's insurance market." 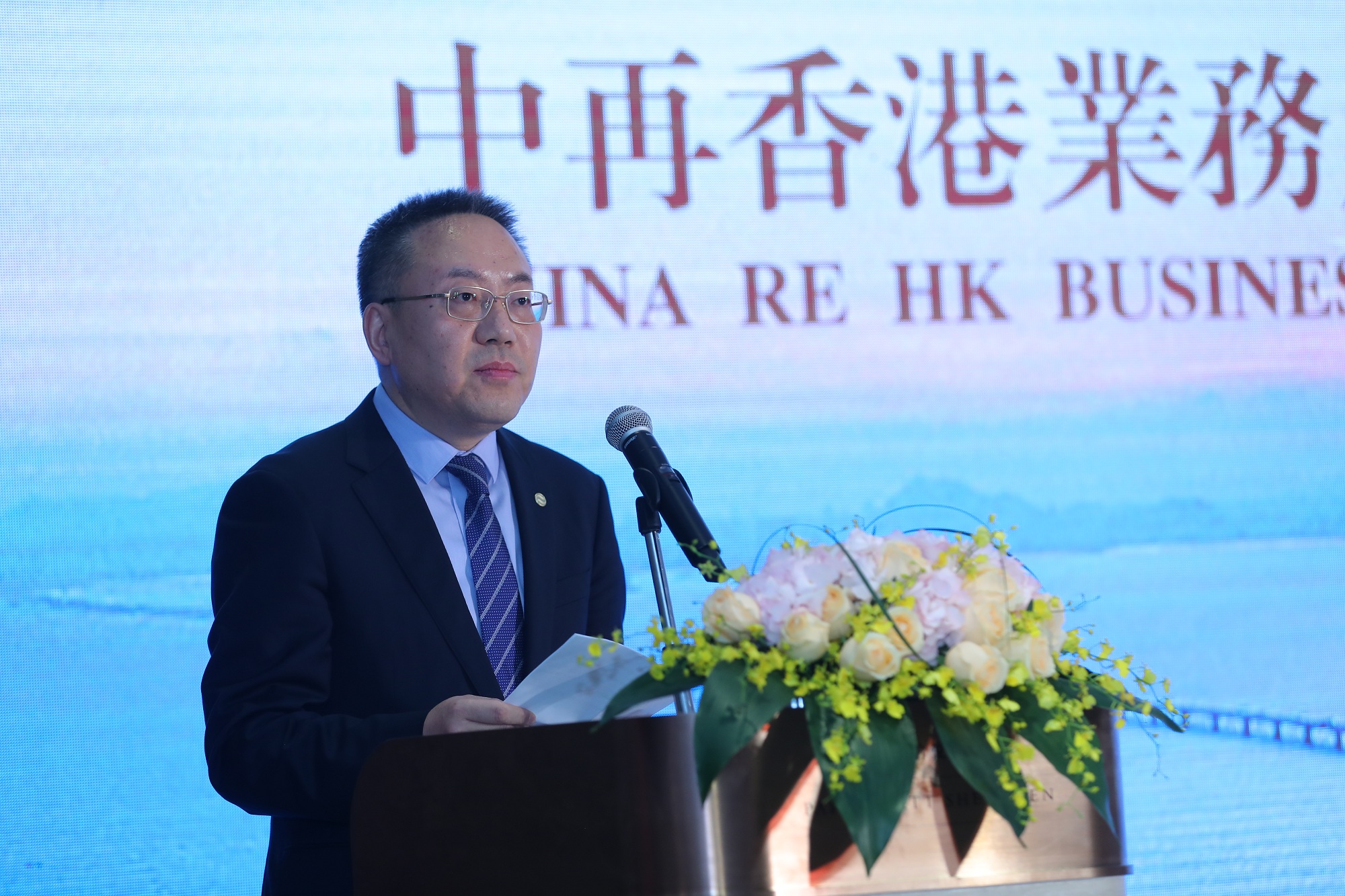 The establishment of China Re HK has received strong help from the Hong Kong Insurance Authority, as well as the keen attention and support from the China Investment Corporation, the Ministry of Finance, the National Development and Reform Commission, the State Administration of Foreign Exchange, customers, partners, rating agencies, custodian banks and Chinese institutions in Hong Kong.

Following its establishment, China Re HK will carry on the solid cooperation established between China Re Life and Hong Kong customers in the past decade, and effectively overcome the problems in offshore services to better cultivate Hong Kong market. With its entrepreneurial mission of "being a trail blazer in opening up virgin lands" and craftsmanship spirit of "serving the industry with professional expertise", it will provide customers with professional reinsurance services, such as data analysis, product research and development, risk evaluation, underwriting and claim settlement, capital management and brand training, and give back to its partners which it has worked together with for years. At the business launch and strategic cooperation signing ceremony, China Re HK entered into the first batch of business contracts with China Life Insurance (Overseas) Company Limited, China Taiping Life Insurance (Hong Kong) Company Limited and BOC Group Life Assurance Company Limited, respectively, and executed strategic cooperation memorandums of understanding in the hope of achieving strategic cooperation and business development at higher levels and in deeper areas, while creating a new win-win situation. Wang Xin, Director and Chief Executive Officer of China Taiping Life Insurance (Hong Kong) Company Limited, stressed in his speech that, after knowing the approval of China Re HK, China Taiping Life immediately initiated business connections to support China Re Group's globalization strategy with practical actions. China Taiping Life hopes that both parties can fulfil their responsibilities as central state-owned insurance enterprises, care for people's wellbeing in Hong Kong, serve Hong Kong's economic development, and mutually contribute to the stability and prosperity of Hong Kong. Jiang Tao, Vice President of China Life Insurance (Overseas) Company Limited said that, China Re Group and China Life share the same origin and background and have worked together for years. They pursue "China Life Dream" and "China Re Dream" of developing international first-class financial and insurance groups and occupy leading positions among Chinese insurance companies in home and abroad. China Life Insurance (Overseas) firmly believes that China Re HK is a trustworthy partner and expects both parties to work together in all areas to create value, serve national strategies and "Re" open a new chapter for cooperation in the future.

With the coming of spring, everything takes on a new look. As its globalization process accelerates, China Re Group is playing a leading role in more international markets and innovative areas, and is marching towards an international first-class integrated reinsurance group.

China Re HK has just embarked on its journey to prosperity, and China Re Group will have a promising future.